Trump’s America: In a historic first, a Palestinian American runs for New York City Council declaring that the Arab community can be silent no more.

Trump’s America: In a historic first, a Palestinian American runs for New York City Council declaring that the Arab community can be silent no more.

Khader El-Yateem is a Palestinian American, a practicing Lutheran pastor and, he hopes, the first Arab American on the New York City Council.

Having grown up amidst conflict before emigrating to the US, Father K works to alleviate the mounting fears of the diverse but marginalized Arab-American community of Bay Ridge following the 2016 presidential election. With the support of political activist Linda Sarsour, he mounts the campaign of a lifetime, taking viewers into the heart of identity politics. 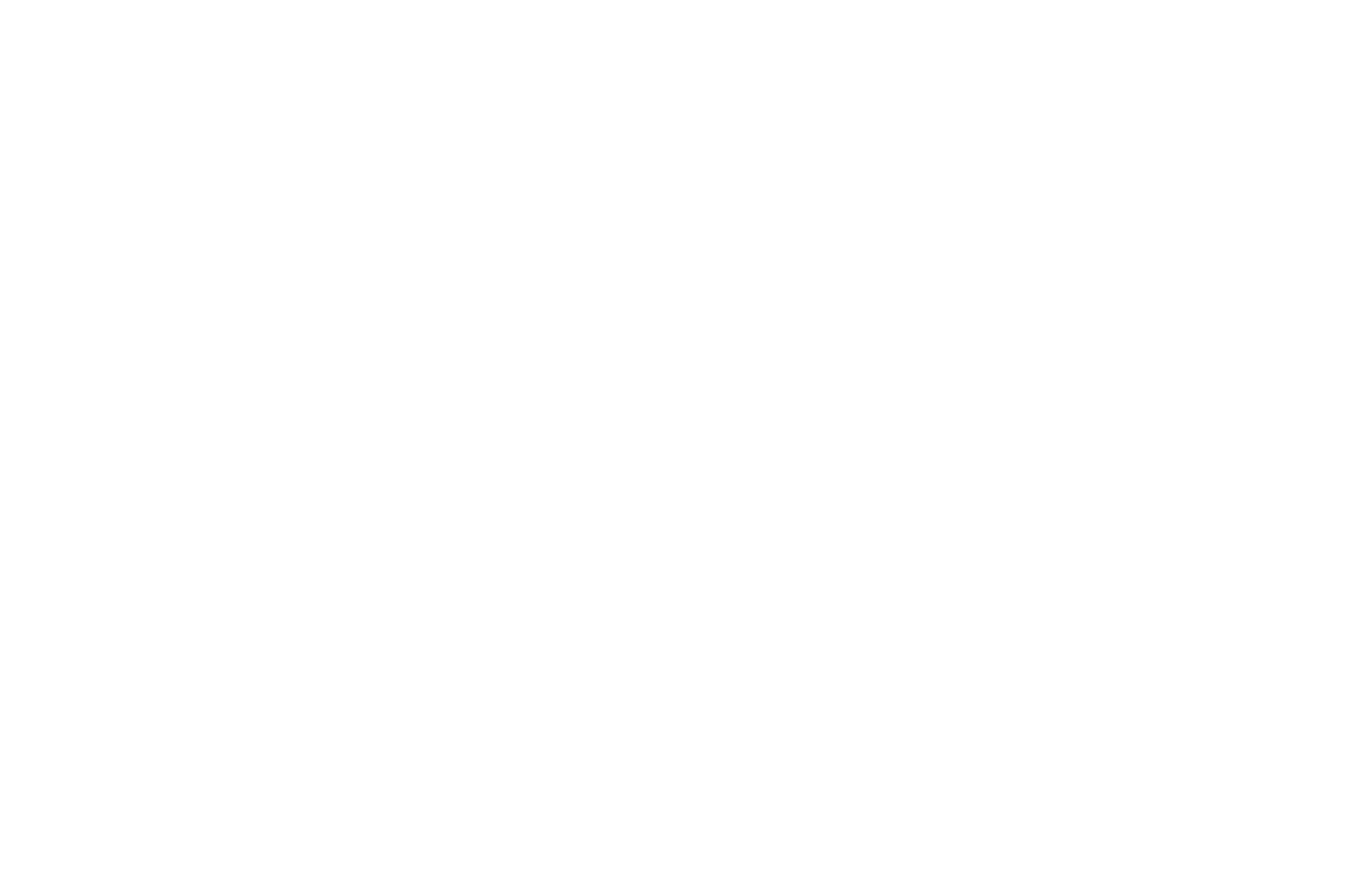 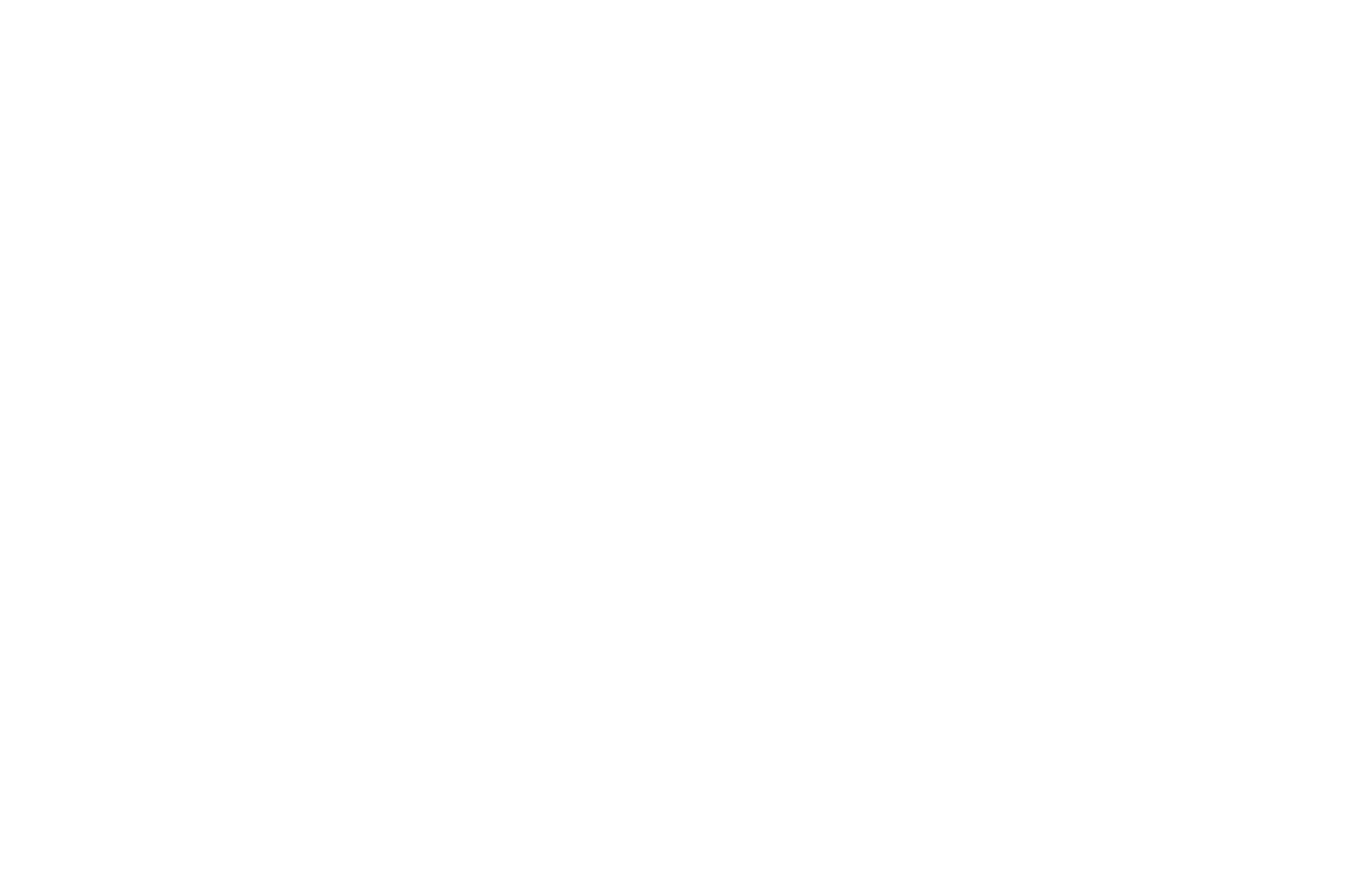 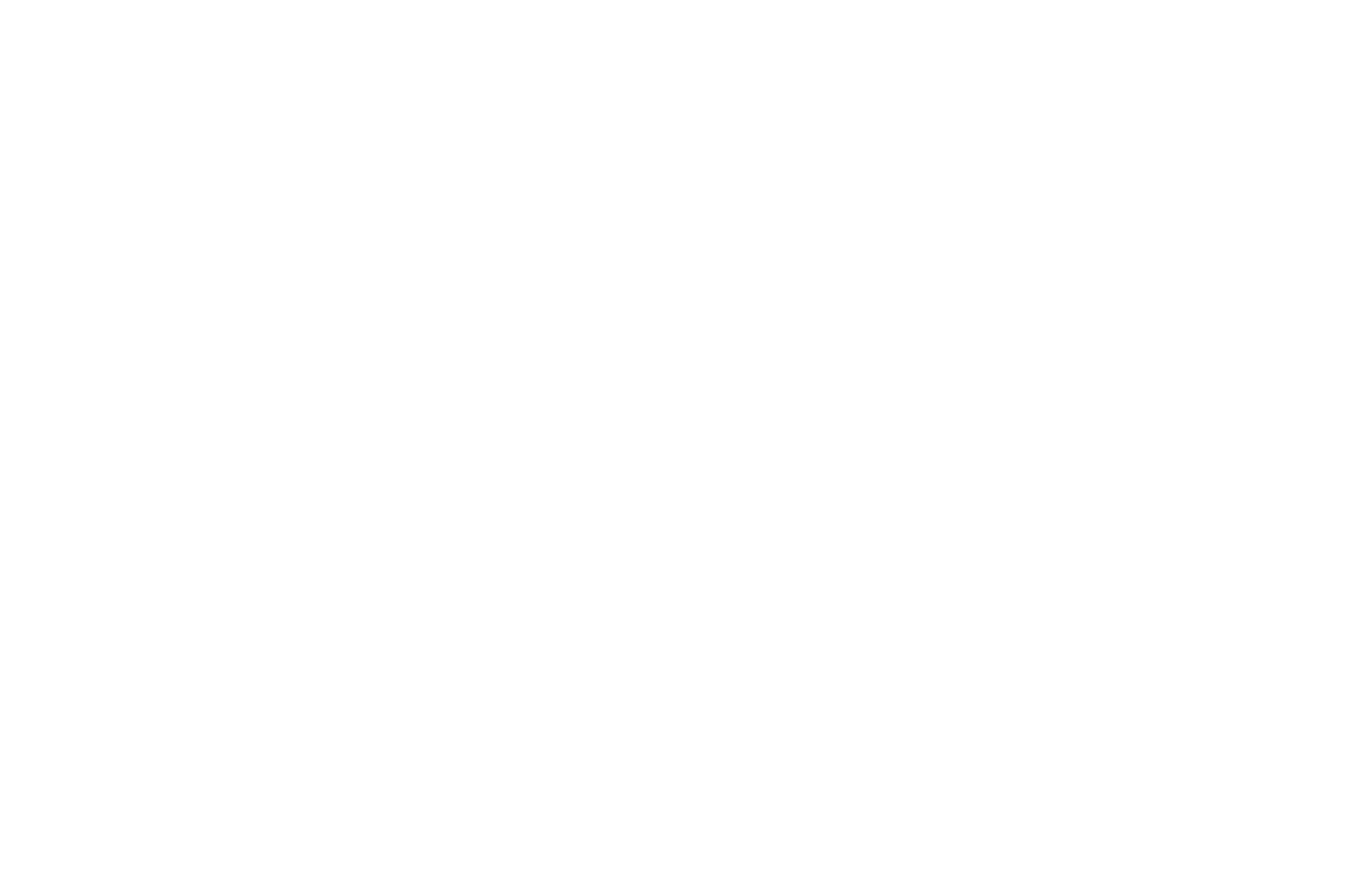 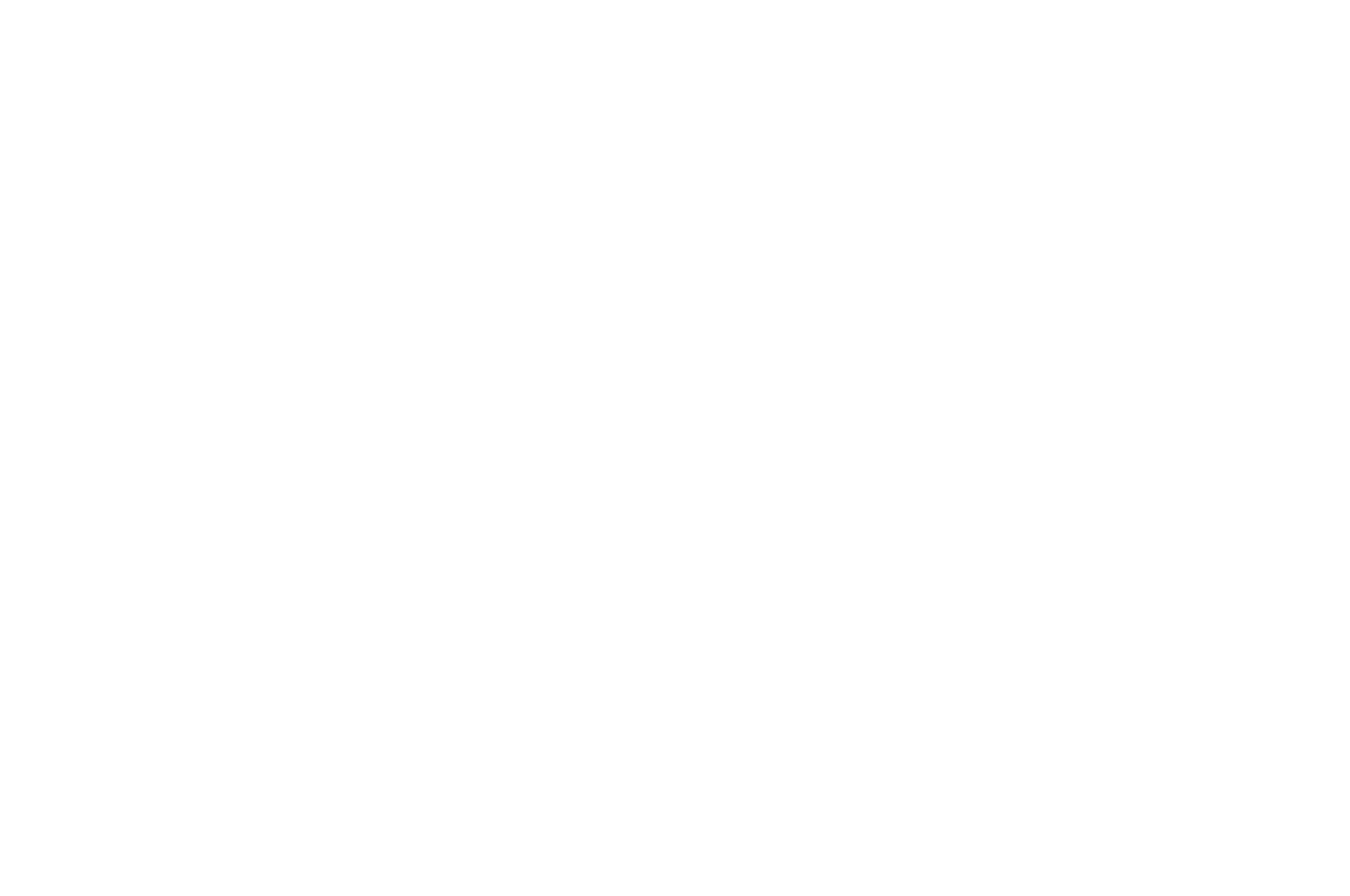 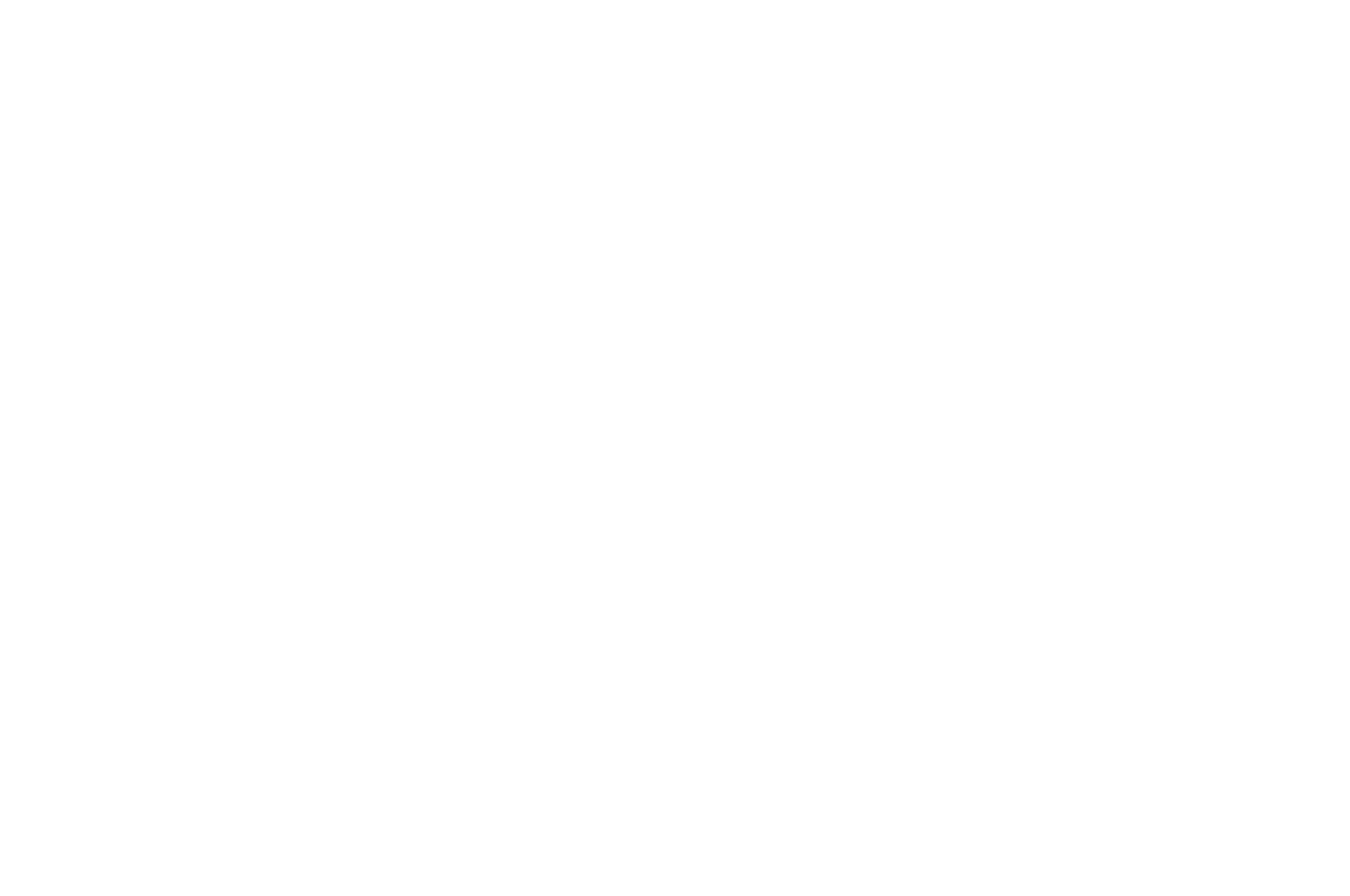 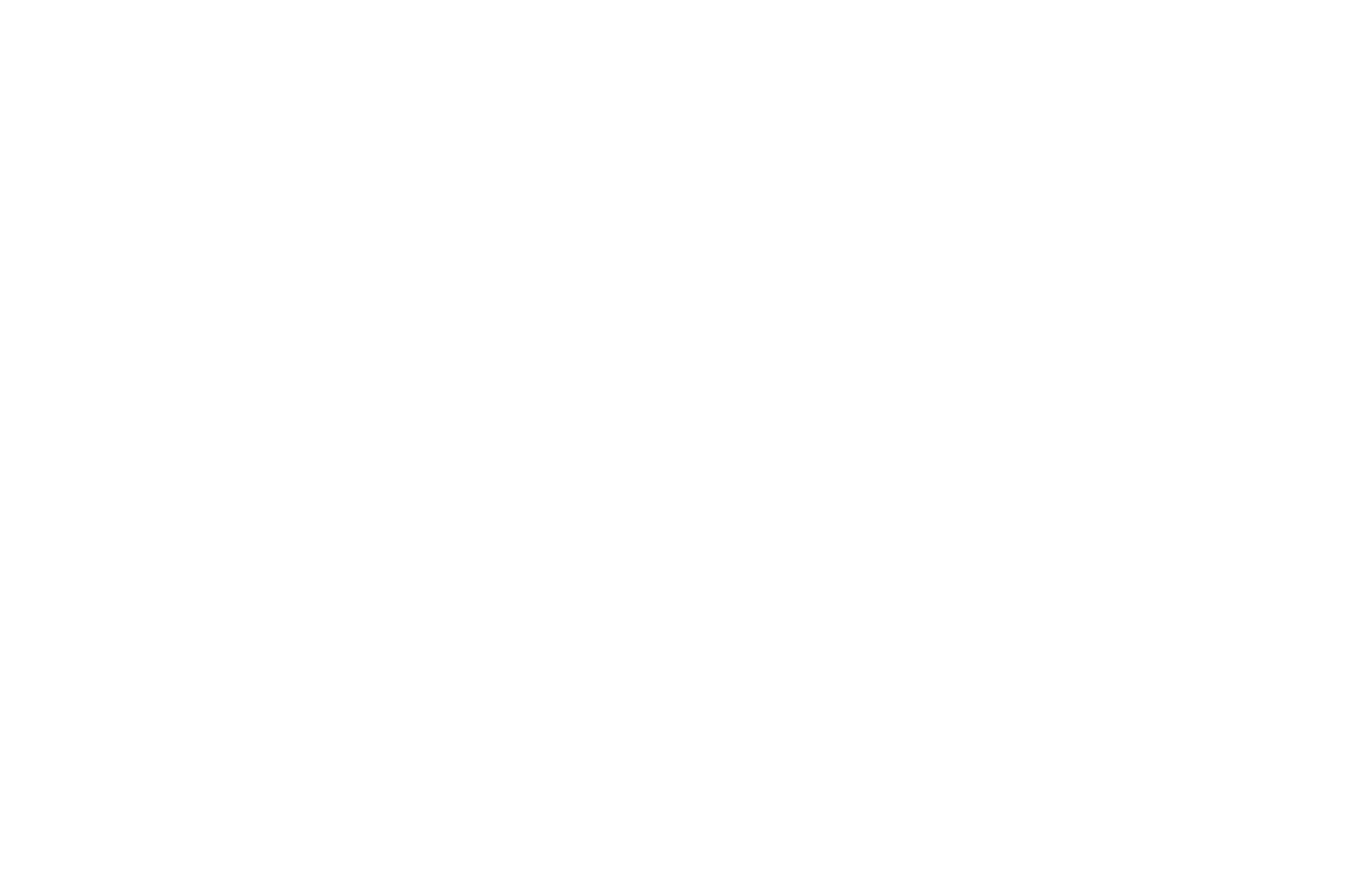 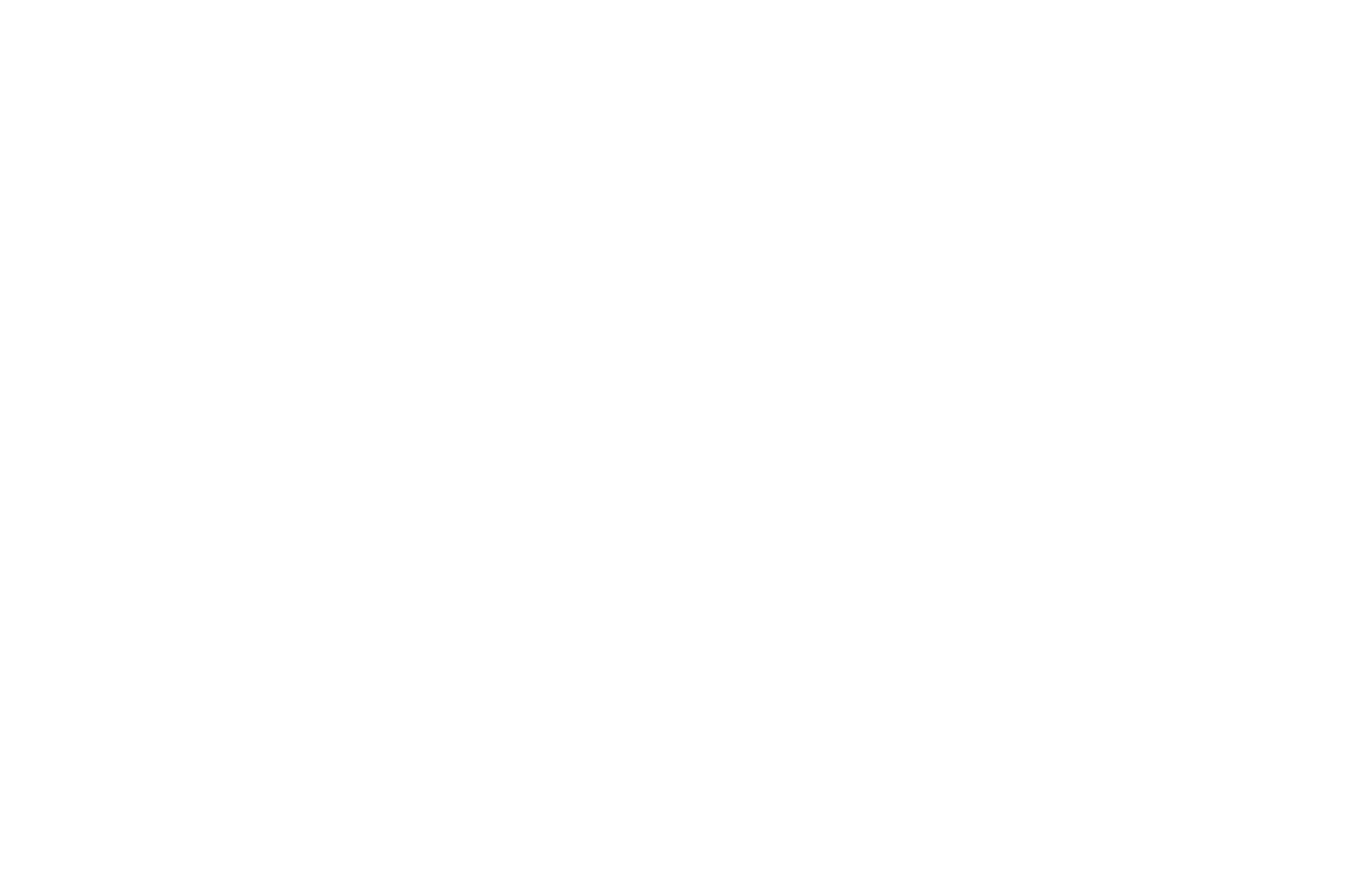 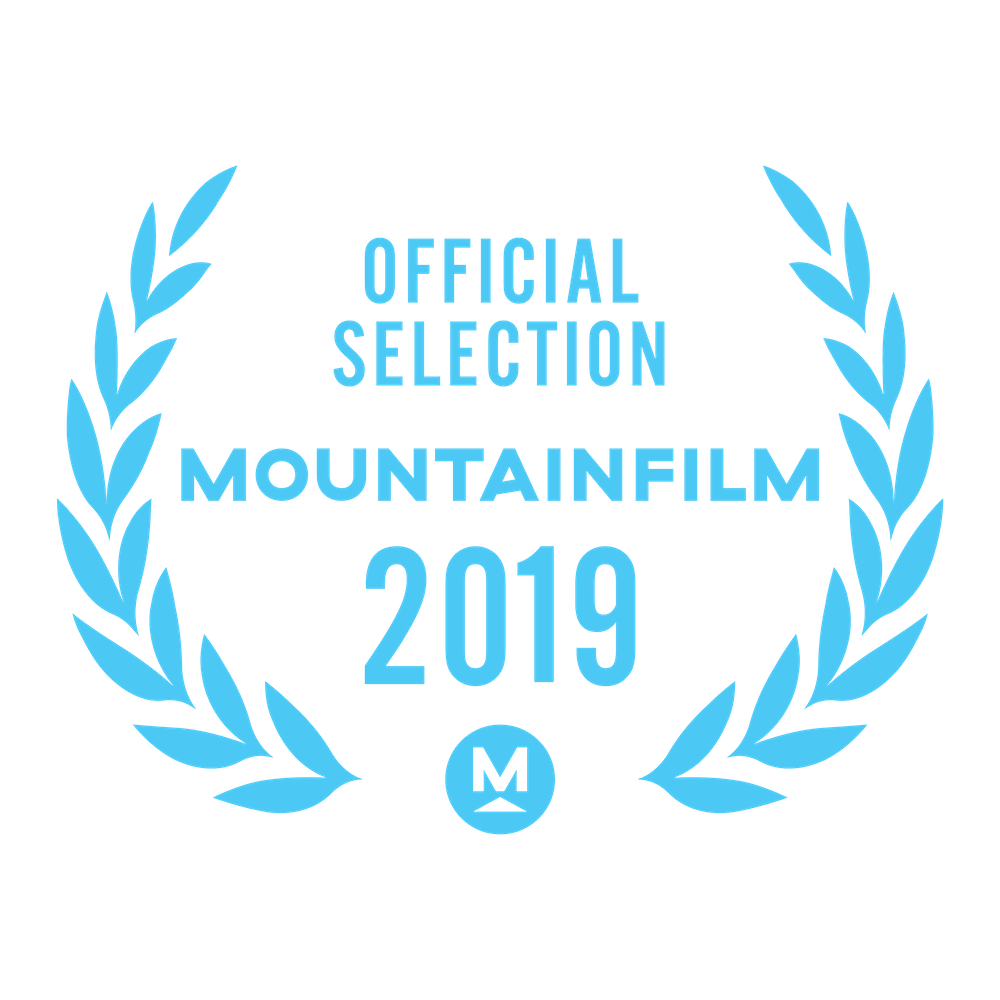 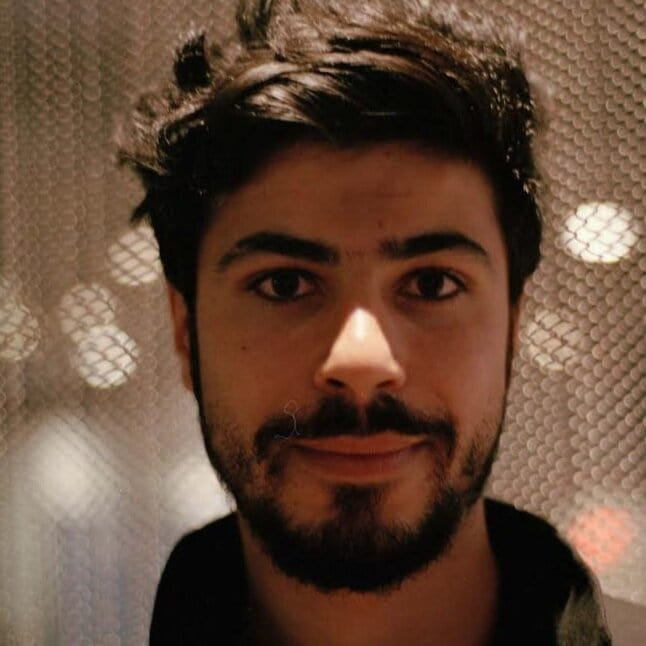 Ahmed Mansour is an emerging independent documentary filmmaker based in NYC. An NYU graduate, Ahmed was born and raised in a refugee camp in The Gaza Strip, Palestine where he worked as an organizer and translator for journalists covering the 2014 war. The trauma of being under military siege informs his filmmaking and his plight to bring to light underrepresented stories of Palestine across the diaspora. He is best known for his 2019 hit Brooklyn Inshallah.

When I first arrived in America from besieged Gaza I was in culture shock, estranged, and confused about my identity in the melting pot of New York City. In between worlds, I was at once warmly accepted by Arab and American families alike and at the same time called a terrorist and told to go home. It was through this experience that I met Rev. El-Yateem who happened to be running for city council in Bay Ridge, NYC; and was poised to be the first Palestinian-American ever elected in that district. I began to cover Rev. El Yateen’s campaign and became inspired by his energy and ability to fight pressing issues such as the Muslim ban and voter supression and at the same time see the beauty and humanity in America and its citizens. This three year journey of following Rev. Yateen’s story helped me make sense of the paradox that is America and pushed me to see how when one fights for one's beliefs and rights; true democracy and justice can prevail.

Sarah Friedland is a Jewish documentary filmmaker based in Bay Ridge, Brooklyn. Friedland’s works with Esy Casey have screened widely in the US and abroad and have been supported by grants from the Jerome Foundation, the Paul Newman Foundation, the William H. Prusoff Foundation, The Princess Grace Foundation, the Ford Foundation Just Films, and the Center for Asian American Media. In 2009, after the debut of her feature documentary Thing With No Name, she was named one of the “Top 10 Independent Filmmakers to Watch” by the Independent Magazine. She is a recipient of the 2014 Paul Robeson award from the Newark Museum for her feature documentary The Rink, which aired on PBS (WNET/NJTV) in 2017 and was nominated for a New York Emmy.

CAMERAPERSON, premiered at Sundance 2016, was shortlisted for an Academy Award, won the National Board of Review “Freedom of Expression” prize, and won three 2017 Cinema Eye Honors. Named one ‘Top Ten Films of 2016’ by The New York Times and The Washington Post, it was the Grand Jury Winner of 9 international festivals, won the ARRI Cinematography Award, and is distributed by The Criterion Collection. Her short, THE ABOVE, premiered at the 2015 New York Film Festival and was nominated for the IDA’s ‘Best Short Award’ for 2016. Kirsten’s camerawork has appeared in the Academy Award-winning CITIZEN FOUR, Cannes Premiere RISK, Academy Award-nominated THE INVISIBLE WAR, Tribeca Documentary winner, PRAY THE DEVIL BACK TO HELL, Cannes winner FAHRENHEIT 9/11. She shared the Sundance 2010 Cinematography Award with Laura Poitras for their work on THE OATH. She and Katy Chevigny co-directed the Berlinale premiering DEADLINE, which won the Thurgood Marshall Award. In 2017, she was awarded the Chicken and Egg Breakthrough Filmmaker Award and she is currently a Sundance Art of Nonfiction Fellow. She is a 2017 Guggenheim Fellow and was recently invited to be one of the 4% of ASC members who are women.

Paul Costello, founder of storywise.com and New Story Leadership Inc, is a pioneer in developing the method and practice of story-driven change. He has collaborated with leaders from the World Bank, NASA, Lockheed Martin, Department of Homeland Security, USGA and other national and international organizations helping them realize the power of story. He has taken his unique approach into other diverse fields such as peace making programs for emerging leaders from South Africa, Israel and Palestine and Northern Ireland. He has also produced short films covering untold stories of Washington DC and Jerusalem and been the occasional producer of live shows at the Kennedy Center and the Shakespeare Theater. As creative director behind many projects, his special skill is working with people to help them find and shape their most transformative stories for stage and screen and for community empowerment.

Rabab Haj Yahya is an Emmy-nominated documentary editor and a Sundance Edit and Story Lab Fellow. Her recent work includes THE FEELING OF BEING WATCHED (Tribeca 2018), SPEED SISTERS (HotDocs 2015), LOVE THE SINNER (Tribeca 2017) and the web series THE SECRET LIFE OF MUSLIMS (Peabody Finalist, Vox and USA Today, 2016). Rabab has also edited numerous documentaries commissioned by the Al Jazeera Documentary Channel. In between projects, Rabab has dedicated a significant amount of her time helping aspiring editors and filmmakers, through training and pro-bono consultations in the Middle East, West Africa, and the Balkans. Rabab speaks English, Arabic, and Hebrew fluently and currently lives in New York.

Seth Morrison is a Jewish activist focused on Palestinian human rights, LGBTQ rights and local politics. He recently retired from a consulting practice specializing in consumer marketing and strategic planning for both for and non-profit organizations. Previously he was the SVP & General Manager of CTAM, a trade association serving the cable television industry. As a marketer, he has been responsible for major local and national marketing, PR and social media campaigns for the cable television industry and non-profit organizations. Morrison is on the national board of Jewish Voice for Peace and serves on the Steering Committee of the Las Vegas Chapter. He produced, "It's What We Do!" A Play About the Occupation now available on video.

Marcia Rock is an author and three-time Emmy award winning independent documentary filmmaker. She is co-producer, director of SERVICE: Disabled Women Veterans and SOLDIERS PERIOD on women’s fitness to serve in elite fighting troops. She has focused on women in many of her films including, “Salt Harvesters of Ghana,” and “Daughters of the Troubles: Belfast Stories,” on the changing role of women in Northern Ireland. Her other documentaries include, “Surrender Tango,” about how partnering in tango relates to life; “Dancing with My Father,” about how adult love is shaped by what a child learns at home. She received a NY Emmy for SERVICE, and “McSorley’s New York,” a history of New York’s Irish immigrant community. She also received awards for, “Village Writers: The Bohemian Legacy, “and “Reynolds Price: A Writer’s Inheritance.” In 1988, she and Marlene Sanders co-authored Waiting for Prime Time: The Women of Television News.

Jillian Karole is an NYC based distribution and outreach producer, specializing in creative distribution strategies for the digital age to independent filmmakers. She has worked with major film festivals around the world including Sundance, Outfest, Tribeca, & Berlin, to bring films that target marginalized stories to their audiences. She is also involved with the New School’s Engage Media Lab that works with youth media groups around the city to instruct students on how to create their own content and in conscious media literacy practices. She also specializes in data based marketing strategies for new media and socially engaged content.

Jason Schoenfeld began his musical career as many do, on the theatre stage. There, he first found his love for music and the dramatic, which was soon augmented as he began learning piano and percussion. His musical passions lived and grew in parallel, in the worlds of theatre, concert, rock, and jazz. He followed other interests at college, obtaining a degree in Mathematics from the University of Maryland; but while there, he gradually uncovered a drive to pursue the music he had spent so much time learning and loving. He started writing songs and scores at every opportunity, building up his skills and portfolio for a drastic change in direction. Jason just completed his Master's in Scoring for Film and Multimedia, and aims to have his work heard on stage, screen, and radio, in all the styles he grew up on. His work features a variety of modern styles, commonly blending songlike structures, modern and jazz harmony, and synthetic textures. In Fall 2017, Jason received the Vic Mizzy Scholarship from the ASCAP Foundation, based on the recommendation of his teachers and judgment of the foundations board. He now works as a freelance composer based in Brooklyn, New York.

New Day Films is a unique, filmmaker-run distribution company, providing award-winning films to educators, community groups, government agencies, public libraries and businesses since 1971. Democratically run by more than 150 filmmaker members, New Day delivers hundreds of titles that illuminate, challenge and inspire. New Day was initially formed because the women's movement had arrived and a group of independent filmmakers were unable to find a distributor for their feminist films — so they decided to create one. Today, New Day members sustain the ideals that inspired the company's formation in 1971 - partnership, great stories and changing the world - and curate its collection to encompass a wide range of subject areas.

read in source It’s Just MoviesA normal guy with a pastor’s collar is walking on a Brooklyn street in New York City. We hear him greet a passer-by, “Wa alaykumu as-salam. My name is Khader El-Yateem, a candidate for City Council.”

read in source Brooklyn Inshallah | DOC NYC ’19NYC PREMIERE Khader El-Yateem is a Palestinian American, a practicing Lutheran pastor and, he hopes, the first Arab American on the New York City Council. Having grown up amidst conflict before emigrating to the US, Father K works to alleviate the mounting fears of the diverse but marginalized Arab-American community of Bay Ridge following the […]

read in source Boston Palestine FFAHMED MANSOUR: “THIS IS AN AMERICAN STORY, AND IT TOOK SOMEONE COMING FROM GAZA TO TELL IT”